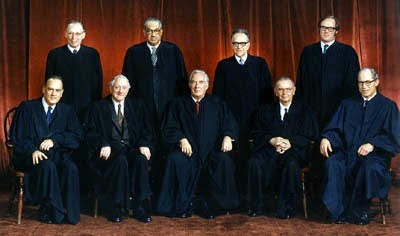 For many people, the landmark Supreme Court decision in Roe v. Wade was a wholesale acceptance of abortion on demand. People refer to the decision as if Constitutional scholars envisioned our founding fathers wanting to ensure all women could abort for any reason.

But the language of the majority opinion does not read like that at all. I would advise people everywhere to read the decision for themselves. In the meantime, let me share with you a few highlights.

The majority opinion delivered by Justice Harry Blackmun conceded: “On the basis of elements such as these, appellant and some amici argue that the woman’s right is absolute and that she is entitled to terminate her pregnancy at whatever time, in whatever way, and for whatever reason she alone chooses. With this we do not agree.”

If the Court rejected the notion that women could abort at any time or for any reason, what should the restrictions be? Women today abort their boys if they wanted a girl, and vice versa. That was clearly not the intent of the Court.

The Justice also expressed limitation when he wrote, “at some point in time another interest…that of potential human life, becomes significantly involved. The woman’s privacy is no longer sole and any right of privacy she possesses must be measured accordingly.”

At the real heart of this issue is whether or not the unborn child was a life or only the potential for life. The Court realized that if someone could prove that the child was a living being, it would be entitled to rights that would supersede the mother’s Fourteenth Amendment.

Jane Roe was the plaintiff for a class action suit against the abortion laws in the State of Texas. Her defense team argued that her Fourteenth Amendment right to privacy was violated by the State laws. The State argued that the child’s right to life must also be considered by the Amendment.

The Court recognized that “The appellee [Wade] and certain amici argue that the fetus is a ‘person’ within the language and meaning of the Fourteenth Amendment. In support of this, they outline at length and in detail the well known facts of fetal development. If this suggestion of personhood is established, the appellant’s case, of course, collapses, for the fetus’ right to life would then be guaranteed specifically by the Amendment. The appellant [Roe] conceded as much on reargument (sic).”

Blackmun continued: “The Constitution does not define ‘person’ in so many words…the use of the word is such that it has application only post-natally. None indicates, with any assurance, that it has any possible pre-natal application.” He was saying that neither the Constitution nor the law had previously defined when a person becomes a life, and therefore it was difficult to rule in favor of the unborn versus the born.

That did not stop Texas from trying. “Texas argues that, apart from the Fourteenth Amendment, life begins at conception…We [the Court] need not resolve the difficult question of when life begins. When those trained in the respective disciplines of medicine, philosophy, and theology are unable to arrive at any consensus, the judiciary, at this point in the development of man’s knowledge, is not in a position to speculate as to the answer.”

The majority opinion, then, was that the Court did not have the authority to decide when life begins. The judiciary was established to interpret the laws, not create new ones; they were in no position to make a landmark decision that life begins at conception, but conceded that those in the medical, philosophical, and theological fields could come to an agreement.

There is still no law on the books that says an unborn child is a life, but that can change. Justice Blackmun concluded, “In short, the unborn have never been recognized in the law as persons in the whole sense.” That same argument was once applied to blacks; through the Three-Fifths Compromise, the Constitution once recognized blacks as only 3/5th of a person and the property ("chattel") of the white man, but they were eventually emancipated, given rights, and recognized as fully human.

Justice Blackmun attempted to strengthen his belief that American support was turning in favor of abortion; to do so he wrote, “modern medical techniques have altered the situation.” He was referring to advances in abortion practices that made abortion safer (for the mother, of course) since he felt many only opposed abortion because of the risks. These “modern medical techniques” should be weighed in favorable light for abortion rights.

But ironically, that same logic can now be weighed in favorable light for abortion critics. Modern medical techniques and advances now show that the unborn child is far more than a glob of tissue that doesn’t resemble a human.

We are in a better position now then we have ever been. Momentum is swinging in the unborn’s favor. Bills like the Pain-Capable UnbornChild Protection Act are finally recognizing the unborn as people with Constitutional rights. Please continue to pray that Roe will be struck down, and that these millions of babies will be afforded their “right to life.”
Posted by Tommy Mann Ministries at 9:01 AM No comments: He did this by claiming there is no Hebrew word for command. According to Noble, the Old Testament never uses the word command, and the Ten Commandments are really the Ten Sayings or Ten Promises of God.

Noble came to realize there is no Hebrew word for command because one of his friends told him that. In the message Noble admits to not knowing any Hebrew, and without doing any research, he rewrites the Ten Commandments on a whim. In fact, he says he wrote the entire sermon in 10 minutes, and it shows. The message could have been written by a 10 year old in 10 minutes.

Exodus 34:28 says Moses, “wrote upon the tables the words of the covenant, the ten commandments.” The word used for commandments could be better translated as “words or sayings.” This one instance is probably what Perry’s friend was referring to.

Even if there is no word for command, how does Noble simply get to rewrite Scripture? If they are sayings or promises, the words are still the words. He changes the command to not commit adultery to the promise “You do not have to live a life dominated by the guilt, pain, and shame associated with sexual sin.”

Just because you change command to promise, God still said, “You shall not commit adultery.” This is a clear example of both adding to and taking away from Scripture.

Following this same “promise,” Noble expounds on it by saying sex should be done the right way, as a married heterosexual couple. But if there are no commands, then how does Noble get to decide how to do it? Couldn’t a homosexual say, “That is really a promise. God is saying, ‘You don’t have to live a life dominated by guilt, pain, and shame associated with hateful heterosexual bigots.’”

Of course, Noble couldn’t get through this point without his usual habit of salivating over his love for sex and his wife’s ability to keep it real in the bedroom, but that is another issue.[1]

The worst mistake Noble made is in taking his friend’s word for it that there is no Hebrew word for command. This is very easy to explain. There actually are several Hebrew words for command, and they are used 347 times in the Old Testament.

Noble doesn’t have to speak fluent Hebrew or be a scholar, but a basic understanding of biblical languages, or at the very least the ability to do word studies, is crucial for a pastor. Any first year seminary student, or most teenagers with Google, can debunk Noble’s entire premise in five minutes (less time than he spent writing the sermon).

The reality is the Ten Commandments should be better thought of as covenant obligations. As Kay Arthur often says, “Everything God does is based on covenant[2].” When God led the Hebrews out of Egyptian slavery He promised to take care of them. He said, “If you will diligently listen to the voice of the LORD your God, and do that which is right in His eyes, and give ear to His commandments (mitzvah) and keep all His statutes, I will put none of the diseases on you that I put on the Egyptians, for I am the LORD, your healer (Exodus 15:26).”

God continued this covenant talk right before giving the Ten Commandments. In 19:5 He said, “If you will obey my voice and keep my covenant, you will be my treasured possession.”

Noble’s point seems to be that God doesn’t expect anything of us, and there are no rules, only promises. In actuality, God made it perfectly clear that there were promises to claim, but only if the Hebrews were willing to enter into a covenant relationship with God.

God would provide for them (manna, quail, water from a rock, etc.), protect them (part the Red Sea, victory over Amalek, etc.), and pour out love on them (“treasured possession” “healer” etc.). That was God’s end of the covenant.

What was man’s end of the covenant? You guessed it. The Ten Commandments. Before giving the law God reminded them who He was and what He had done (“I am the LORD your God who brought you out of the land of Egypt, out of the house of bondage”); because of that, “You shall have no other gods before me…”

All relationships have rules that keep them together. The covenant of marriage hinges on faithfulness, and this covenant between God and the Hebrews was a picture of marriage. If the Hebrews would be unfaithful to God, the relationship wouldn’t work. There are plenty of promises to claim in a good marriage, but they are dependent upon both partners keeping their vows.

Noble’s message would be like taking the marriage vows and only looking at them as promises. Instead of making “in sickness and in health” mean you will stand by your partner in sickness, you change that to a promise that only focuses on your partner staying with you in your sickness. The covenant is a two-way commitment.

The people wholeheartedly agreed to the terms of the covenant, saying, “All that the LORD has spoken, we will do (19:8)!”

Please read Deuteronomy 28 for a fuller look at both ends of the covenant. That pesky word command keeps popping up somehow in that chapter, which is odd since, according to Perry, it doesn’t exist.

Another mistake Noble makes is failing to understand that this covenant (called the Mosaic Covenant), is the Old Covenant, which believers today are no longer under since Jesus became “the mediator of a New Covenant (Hebrews 12:24)” on the cross. Whether they are commands or promises matters only to those who lived under the Old Covenant, which is not us.

I know he is only human, and I have certainly made my share of mistakes from the pulpit, this blog, and in life. I am not picking on him because I don’t like his style or his philosophy of ministry, but I am concerned. I am praying for him that his eyes will be opened to the many errors of his ways. In the meantime, Christians need to beware of this ear-pleasing false teacher.

*You can listen to his message for yourself here.


[1] In this same message Noble also feels the need to let the crowd know his wife is white, lest there be any confusion. Just minutes later he accidentally uses the “N-word” and abruptly changes the subject when he realized it. His PR team has since denied it.
[2] Arthur, Kay, Our Covenant God, Waterbrook Press
Posted by Tommy Mann Ministries at 9:21 AM 2 comments: