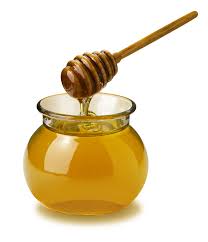 The book of Proverbs mentions honey several times, and it does so in a positive light. Here are a few proverbs on honey:

These verses speak of eating honey in moderation, but they acknowledge that honey is good to eat. The reason I point this out is I have heard critics of the Bible say that the positive references to honey show that the Bible is wrong.

After all, they say, isn’t honey high in sugar? The Bible is an old book written before people knew science; now we know that it is wrong. If it is wrong about honey, what else is it wrong about?

Honey truly is high in sugar, 82% fructose, to be exact. But let’s not dismiss honey as something to be avoided just yet. Consider these redeeming elements of honey:

*Honey lowers Homocysteine, which is associated with diseases.

*Honey lowers C-Reactive Protein, which is associated with inflammation.

*While honey does raise blood sugar, it does so at a lower rate than sucrose and dextrose.

*Honey has led to less oxidative stress in lab rats.

Once again, the Bible was right about science before science was able to confirm it.

“Scientific study is but the act of thinking God’s thoughts after Him.”
Warren Wiersbe, Be Skillful
Posted by Tommy Mann Ministries at 11:51 AM