Recently I have taken some heat by suggesting that perhaps the sole power to destroy this planet does not rest in our hands (or our aerosol cans). I was even called arrogant for saying that, which is funny, because I believe that real arrogance is believing that I can destroy the planet. So when I celebrated Earth Day by finally getting to that pesky burn pile in the back yard, I viewed it as a sign of my humility. Nevertheless, I felt like this would be a good chance for me to clarify my position.

Obvious point #1: Jesus will destroy this planet, not us. Read Revelation. People try to rebut this by saying that we should still preserve it. That is arrogance! Who are we to think that we can in any way affect God’s sovereign timetable?

Obvious point #2: God created this planet with a protective water canopy that covered the earth and filtered out the harmful UV rays. This caused people to live longer and be healthier, and it also made the planet ideal for plant and animal life. However, because of the gross sin of mankind, God destroyed most of the earth’s inhabitants with a flood; this was not natural rain, but God pouring the water canopy onto the earth (Genesis 6). This brought punishment to that population, but its effects are still felt today. That is the reason we are in this mess, and it has nothing to do with SUVs.

So the new Christian battle cry has become, “Stewardship!” We must be good stewards because God loves this planet. Over the past few months people have continually told me that God loves this planet and told us to preserve its beauty. That sounds nice, except it isn’t biblical.

Now let me be very clear. I think that stewardship is a great thing, and I love this planet. I am thankful for this planet, and there is nothing wrong with doing things to help make it an even better place. I also have no problem with recycling. Neither does Satan.

See, for thousands of years Satan has employed different means to distract God’s people, and more often than not, the things that he uses are not sinful. When I was a student in Bible college I was always sad to watch as many of the young men around became distracted by video games. Halo was popular when I lived in the dorms, and guys would pull all-nighters playing it. They stopped doing their work and they started sleeping through their classes. One by one these guys who were studying to be pastors began to flunk out of school.

There is nothing wrong with most video games, but Satan can use them to be a distraction. I’m convinced that Satan loves Halo more than those guys did.

Satan also uses religious things as a distraction. He sits back and laughs when he gets churches to split over drums, dress code, and denominations.

He also causes distractions by making people focus on the wrong thing. A person can live an ungodly or immoral lifestyle, but they feel OK at the end of the day because they gave their tithe or they taught a class. Now Satan is doing the same thing with recycling.

I’ve noticed over the last few months how many Christians have become militant earth-savers, and they are quick to criticize anyone who doesn’t have their same passion. Here is the point: Satan has gotten us to care more about saving the planet than about saving souls.

Just like with the person who pats himself on his immoral back because he tithed or taught a class, I am finding that recycling has replaced Christian service. How many people did you tell about Jesus today? None, but I recycled!

Jesus left all of His disciples with the commission to make disciples of all nations, but the Great Commission of the church today has become, “Go and conserve water and recycle all materials.”

Don’t misunderstand me: I will be the first to recycle. In fact, I already have today. But let’s not fall into Satan’s deception and believe that recycling somehow replaces holiness and evangelism. You can recycle all you want to, but if you are not living a holy life, you will still go to hell.

Let’s focus on the things Jesus actually said to do, like showing love and forgiving others, and let’s stop inventing fake commands from Jesus, like recycling and carpooling.

If you want to recycle, have at it! But that doesn’t make you any better in God’s eyes than a person who doesn’t recycle. Satan wants you to think that it does. His new goal is to make you feel so spiritual because of your recycling that you don’t feel the need to pray, study God’s Word, or tell people about Jesus.

And this plan is working. Churches gather today in the name of being Green and not Godly. They emphasize recycling but not redemption. They preach conservation, but not Christ-likeness.

And here is the irony. These Church goers that feel right with God because of their planet saving stewardship will be the very first to criticize a real child of God who is trying to live right. “You don’t watch movies with cursing? You’re a legalist!” “You wear a tie to church? You’re a traditionalist!” “You still believe God created the world? Simple minded!” “You knock on doors and tell people about Jesus? Only because you think that makes God love you more!”

Recycling has become the new legalism. I firmly believe that if the Pharisees of the 1st Century were our religious leaders today, they would have us all recycling for admittance into heaven.

I don’t care if you wear a tie, wear flip flops, play the drums or just a piano. If you love Jesus and live for Him then we are on the same team, and I won’t let Satan use something petty to be a distraction. Let’s focus on the things that really matter, and in the minor areas, let’s live and let live.

Oh, and by the way, if you print this blog out, be sure to recycle it when you’re finished.
Posted by Tommy Mann Ministries at 2:10 PM 3 comments: 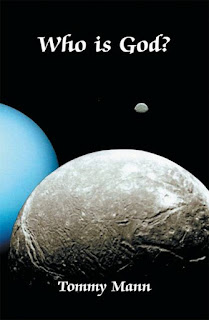 God is wise. That sounds like an obvious statement, and it really is, but God’s wisdom must be looked at. Many people are wise, but our wisdom either comes because we have been taught, or it comes through trial and error. God’s wisdom did not come about by either of these means, which is why God’s wisdom is unique. In God’s sovereignty He possesses total knowledge, and wisdom is simply the application of that knowledge. Therefore, we can conclude that God is totally wise.

God acts in wisdom for His glory and for our good. I Corinthians 1:25 teaches that no one will ever compare to the glory of God, which brings Him glory, and He puts that wisdom into place for our good. Jeremiah 29:11 shows that God is so much wiser than us that we cannot even figure Him out sometimes. God also gives His wisdom to us, and James 1:5 says that if we lack wisdom we simply need to ask God for more. To see what this godly wisdom looks like, read James 3:17.

God is eternal and immutable. God’s eternality is clearly stated in Genesis 1:1 and Revelation 1:8. Exodus 3:14 shows the same idea. But God is also immutable, which means that He cannot change or vary. This idea is demonstrated in James 1:17 and Malachi 3:6.

God is jealous. This sounds like such a nasty attribute of God; in fact, it even caused Oprah Winfrey to walk away from Christianity when her Baptist pastor in Mississippi preached on God’s jealousy. But there are actually three ways to define jealousy.

The first meaning is “feeling of resentment against someone because of that person’s rivalry, success, or advantages.” An example would be he is jealous of his rich brother. A second meaning of the word is “suspicion of rivalry or unfaithfulness, as in love. An example of this would be he is a jealous husband. The third definition is “vigilant in maintaining or guarding something.” An example of this kind would be the American people are jealous of their liberty.

Only the second two meanings can apply to God, for He has no rival, but He is a jealous husband, and He is vigilant to maintain His holy name.

God’s jealousy is caused by our sin. When we choose to love someone or something else more than God we make Him jealous, and when we sin and lower His reputation, we make Him jealous.
This is not an attribute to be ashamed or to leave the church the over. It simply shows that God hates sin. Grab a concordance and look up the multitude of verses that show God’s jealousy, and if you understand it, then thank God for it. If you are making Him jealous, then repent of the sin and get right with God.
Posted by Tommy Mann Ministries at 9:49 AM 1 comment: