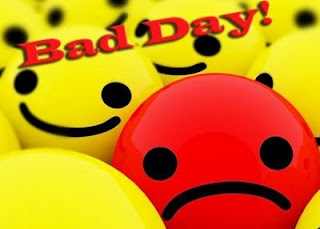 We have made visits to hospitals, hospice, and homes.

We have had death and disease.

We have seen sentencing and suffering.

We have given counsel and received criticism.

And those are just unique circumstances. There are still the daily things that bring people down, like war, poverty, and a list of prayer requests a mile long.

But these better days still do little to help when we have one of those days. Or weeks.

Ultimately, you and I are just pilgrims passing through this life on earth (I Peter 2:11). As long as we live here we can expect hard times to come our way. Hey, even Jesus Himself said that in John 16:33.

We can expect to keep having some of those days until that real better day comes. For those of us who believe in Jesus Christ and have given our lives to Him, we will experience this in heaven.

Speaking to His disciples about heaven, Jesus said that where He is (heaven), we can be also (John 14:3). Paul added his two cents to that idea by saying, “So shall we ever be with the Lord (I Thessalonians 4:17).”

If today has been one of those days, know that a better day is coming.
Posted by Tommy Mann Ministries at 2:46 PM No comments: 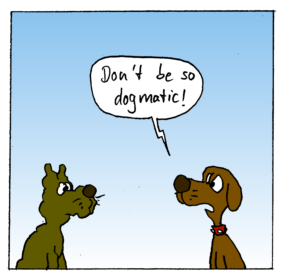 The word dogmatic means to “arrogantly assert opinions,” and I know that many times Christians are called out by fellow Christians for being too dogmatic. I’ll be the first to admit that there are many arrogant things done in the name of Christianity—whether it is hosting a Koran burning, bombing abortion clinics, or protesting at funerals, these things are all wrong. And what I’ve tried to get people to see over and over is that 99 times out of 100, the people doing those things aren’t real Christians anyway.

Should there ever be dogma among Christians? Are we allowed to give our “two cents” or are we supposed to tolerate and accept all other views?

Always remember one thing: these other views send people to hell.

The real question should be, “Why would I ever not assert my opinion?” We don’t need to be arrogant, but neither should we be tolerant of this live and let live mindset that has crippled our evangelism.

Consider how Paul handled himself in Acts 17:16-18. While Paul was in Athens “his spirit was being provoked within him as he was beholding the city full of idols. So he was reasoning in the synagogue with the Jews and the God-fearing Gentiles, and in the market place every day with those who happened to be present. And also some of the Epicurean and Stoic philosophers were conversing with him. And some were saying, ‘What would this idle babbler wish to say?’ Others, ‘He seems to be a proclaimer of strange deities,’-- because he was preaching Jesus and the resurrection.”

When Paul saw how many people were being deceived and worshipping false idols his spirit was provoked within him. He wasn’t tolerant, he wasn’t accepting, and he didn’t keep quiet. The problem is that too many Christians are no longer provoked by the world’s sin.

Paul went into the synagogue, which was their equivalent of church, and he began to reason with them, which means he was preaching “Jesus and the resurrection (v.18).”

But many people today think a God that is jealous and has wrath and hates sin is a strange deity. And if we preach those aspects of God, we get criticized by the modern day Stoics and Epicureans.


Notice that Paul was persistent. He boldly continued to preach day after day to these people because he knew what would happen if they died in their sin. And yet today so many of us don’t want to be annoying or look like religious fanatics, so we keep the gospel to ourselves, or maybe share it with a person one time. Let us continue to preach day after day until we see change.

No, his message was the same as the message of Jesus, John the Baptist, and all the apostles. His message was “Repent! (v.30)” Some mocked Paul for his message, but others believed.

I don’t mind taking criticism for preaching repentance and the resurrected Christ. And if you think that I am being too dogmatic, just remember, your opinion shows that you are being dogmatic.