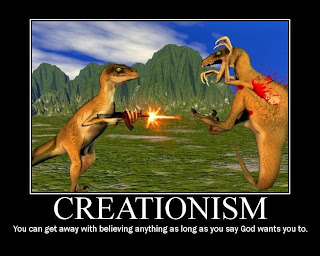 Creationism: teaching that raptors mowed each other down with machine guns since...since when?

Although the evolutionist would have no problem believing the machine gun evolved, just given enough time.
Posted by Tommy Mann Ministries at 12:01 PM No comments:

Forgive Me For Waiting So Long To Tell You This 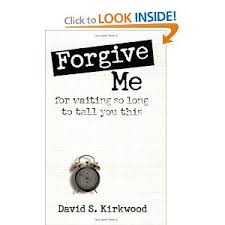 Forgive Me for Waiting so Long to Tell You This is one of the best books I have read on this topic. Forgive Me is written to nonbelievers, and it is designed for believers to pass on to their unsaved friends and loved ones. The title says it all—sometimes we hold the gospel message to ourselves, when it is a message that needs to be shared.

David Servant has done a wonderful job presenting the case for the reader’s need of salvation through Christ. In the opening chapter he refutes both atheism and evolution, making the case that there has to be a God.

From there he exposes the sinfulness of every living person, how we are all card carrying members of the “sinner’s club” from birth, and that repentance is the only solution.

This book is perfect for any new believer to read to strengthen his faith and knowledge, and of course, it is also perfect for its intended audience, the unsaved. I would encourage Christians everywhere to get a copy of this book and pass it on to someone you know who needs Jesus.

For more information or to see David's other books, please visit http://www.heavensfamily.org.
Posted by Tommy Mann Ministries at 10:04 AM No comments: 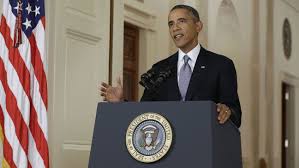 President Obama made an East Wing address to the nation about the situation in Syria, and a glaring hypocrisy jumped out at me. Here is a quote from his speech:

“The situation profoundly changed, though, on August 21st, when Assad’s government gassed to death over a thousand people, including hundreds of children.  The images from this massacre are sickening…children lying in rows, killed by poison gas.”

The President’s emphasis on the “hundreds of children” was used to tug on the country’s heartstrings. In case anyone is riding the fence, pointing out that Assad murdered children will put them over the edge. How can anyone gas children?

And that is a great question to ask. But how dare anyone look down on Assad for poisoning children yet not care that saline-injected abortions take place in this country every day!

In many abortion cases, saline, a poison, is injected into the womb, causing the baby to shrivel up and die. Science has proven that babies feel the burn as the poison kills them.

The same man standing behind the podium drumming up support against Syria recently stood behind another podium and said, “God bless Planned Parenthood.” God bless the country’s leading provider of abortion?

We rightfully hate what Assad does* to young, innocent children who have their lives ahead of them. We hate how they died a painful death. But why does that hate reach around the world yet fail to make it down the street? Why is it evil in the 3rd world but “healthcare” in the 1st world?

Young, innocent children with their lives ahead of them die painful deaths inside the womb, and it is completely legal.

Finally, notice the plan of action the President left us with:

“Indeed, I’d ask every member of Congress, and those of you watching at home tonight, to view those videos of the attack, and then ask:  What kind of world will we live in if the United States of America sees a dictator brazenly violate international law with poison gas, and we choose to look the other way?”

He told us to view the videos of children suffering. That is the same reason why abortion providers fight tooth and toenail to keep their customers from seeing ultrasounds and pictures of abortions and aborted babies. They know that a picture is worth a thousand words, and exposes a thousand lies.

So take a page from the President’s playbook. Go to Google and type in saline abortion, vacuum aspiration abortion, or aborted fetus. Don’t like what you see? Then oppose abortion and vote prolife.

*This is assuming that the information we were given is correct and Assad is responsible for the chemical weapons that were used. This has not been necessarily proven yet.
Posted by Tommy Mann Ministries at 9:30 AM No comments: