Don't Give Up; Stand Up 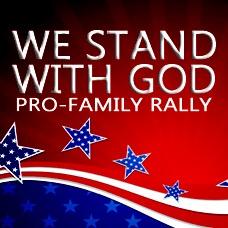 If you are a person who has biblical values, you may sometimes feel like you are on the losing side. From an out-of-control Supreme Court to a politically correct social media culture that demonizes anyone who doesn’t worship Caitlyn Jenner, this world seems to stand in stark contrast to our deeply held Christian convictions.

That’s why I was encouraged by two events this past weekend. The first was the We Stand With God Pro-Life Rally at the Statehouse in Columbia on Saturday. The Facebook event page had 535 confirmed people for attendance, but when we arrived we were blown away by the more than 10,000 who showed up. With Bibles and lawn chairs in hand, we sat in the South Carolina heat in the hottest part of the day, standing occasionally for ovations. A choir of more than a thousand voices, along with a Southern Gospel quartet led the outdoor congregation in worship. Speakers like former Texas Governor Rick Perry, Texas Senator Ted Cruz, and our own Senator Tim Scott made impassioned pleas for us to stand up for our First Amendment rights.

The emphasis on the rally was that God, not the Supreme Court, defines marriage. To quote Senator Cruz, “Caesar has no authority over the pulpit,” and the government cannot penalize people of faith for following the free exercise of our religion. Senator Scott pointed out that, “the solution will not be found in Washington, but in 66 books, woven together, called the Bible.” Governor Perry referenced Alexis de Tocqueville, reminding us that in every other country government and religion run in opposite directions, and America was strong because our government once ran in conjunction with the church.

On Sunday the Carolina Pregnancy Center put together The Prayer Launch at the Upward Star Center in Spartanburg, where more than a thousand people came together to simply pray for the ending of abortion, as well as those who have been affected by abortion. A massive orchestra divided the congregation from a choir that had to be close to 500 members, and their music was awe-inspiring. The event was totally pastor-led, with no introductions of speakers so that only Jesus would be lifted up; the only non-pastor to speak was South Carolina Representative Trey Gowdy, who broke down II Chronicles 7:14 as if he were a seasoned pastor, challenging us as “My people” to do our job. The verse, he said, doesn’t call on Congress, the school board, or Washington, but on God’s people called by His name.

Trey Gowdy did not say a word about Benghazi.
Ted Cruz never mentioned defunding Obamacare.
Rick Perry didn’t bring up running Texas’ economy.
Tim Scott did not give his thoughts on Guantanamo Bay.

They just preached the Gospel and encouraged believers keep standing up for their faith, as thousands of people stood to their feet and cheered. It was a great reminder that we are not alone—there are countless other believers who have not conceded to the enemy. Don’t give up, but stand up.
Posted by Tommy Mann Ministries at 10:25 AM No comments: 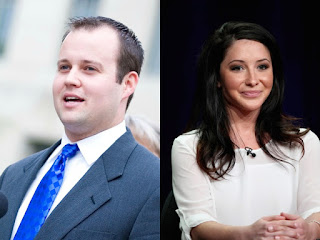 I am not defending the actions of Josh Duggar or Bristol Palin.

Josh Duggar, of 19 Kids and Counting fame, has admitted to being “the world’s biggest hypocrite;” this confession was made after the stunning allegations that the oldest Duggar child had subscribed to an online adultery site, and his own admission to a pornography addiction and infidelity to his wife.

This story came just weeks after Sarah Palin’s daughter Bristol announced she is pregnant with her second child, making her the unmarried mother of two, with two different fathers for her children.

Both Josh and Bristol are the famous children of famous parents; both espouse the Christian faith of their parents; both have entered the professional arena to advocate for their belief system; and sadly, both have spent years not living up to those same beliefs they promote.

Josh Duggar recently resigned his position with the Family Research Council, where he advocated for traditional marriage. Obviously, traditional marriage is one man and one woman, and does not include the one-night stands from his Ashley Madison account.

This has predictably led to cries of (and admissions of) hypocrisy. They don’t “practice what they preach.” While I am not in any way excusing what these two have done, their sad stories only highlight the fact that no one is perfect.

Bristol Palin is absolutely right. Abstinence is the best policy. It is foolproof. No abstinent person has ever conceived a child (with the exception of the virgin Mary), contracted an STD, or had to give a future spouse the list of all they people they slept with. There is no shame in abstinence, no regret, and obviously, no babies. The fact that Bristol Palin didn’t live up to her message does not mean her message is wrong.

Josh Duggar is absolutely right. The Bible teaches that marriage is between one man and one woman. Not two men, not one man and two women, not one man and an underage girl. Josh is not claiming to have made the rules, nor saying anything hateful to those who disagree with him. Josh believes that God is the creator of everything, including people, and as such He gets to make the rules. He laid those rules out in the Bible, and Josh has tried, unsuccessfully, to live by them. His failures do not make God or the Bible inaccurate by default.

Therein lies the beauty for those of us who believe in the Bible. Our trust is in God, not mankind. People will eventually let us down. Josh and Bristol have proven to be human—flawed people who do things they regret, and who hurt other people in the process.

You know who else makes mistakes? Every person who ever lived (Jesus excluded). I don’t say that to excuse the two featured in this post, but to remind us all that we all mess up. I mess up. And when I do, please don’t blame my Savior or somehow think my message is suddenly flawed.

We also need to be careful not to idolize humans. Whether it is the Duggars, Tim Tebow, or Billy Graham, they are just people. We need to lift our eyes up to Jesus, the only one who never fails.

To Christians, please pray for them as they go through the healing process in their public shortcomings.

To the “haters,” please understand that you can call all Christians hypocrites because none of us can live a life free of mistakes; our message is about forgiveness because we can’t live a life free of mistakes. Neither can you. You might judge yourself to be better than Duggar or Palin, but we are all flawed people in need of salvation.
Posted by Tommy Mann Ministries at 4:31 PM 4 comments: