The God Who is Able to Do 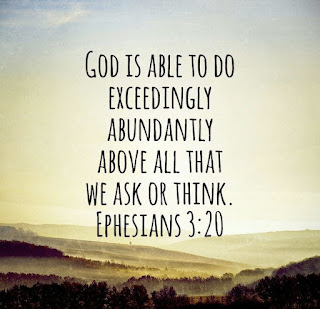 One of my favorite passages in Scripture is the doxology of praise Paul wrote at the end of Ephesians 3. Verses 20-21 say, “Now to Him who is able to do exceedingly abundantly above all that we ask or think, according to the power that works in us, to Him be glory in the church by Christ Jesus to all generations, forever and ever. Amen.”

Warren Wiersbe wrote that Paul seemed to be trying to use every word at his disposal to describe God’s ability to grant all that we ask or think—He is able to do exceedingly, abundantly above all. He is truly the God who is able to do all these things. But I think it is interesting if we shorten that last sentence. God is able to do. We serve a living God, one who is able to do. This is in sharp contrast to the dumb idols and statues made by human hands that the Jews of old would frequently serve.

In the same city of Ephesus where Paul sent this letter, the silversmiths who made statues of the goddess Diana became furious that people were turning from Diana to Jesus because of Paul. Their business took a major hit. Their accusation against Paul was that he told people that gods made by human hands were not gods at all (Acts 19:26). On Mount Carmel the prophets of Baal realized their god could not send fire, even though Yahweh did as soon as Elijah prayed (I Kings 18).

In Isaiah 44 the prophet issued a challenge to the gods made of wood: Do something, whether good or bad, so that we will be dismayed and filled with fear... But you are less than nothing and your works are utterly worthless (v.19,24).” “Do something! Anything!” But obviously the false gods could not do one single thing. Our God is able to do.

He is also able to do exceedingly, abundantly above all that we can ask or think. The Bible shows us that God has always been working through his people:

He caused the widow’s oil to never run out,

And Elijah was fed by ravens in the midst of a drought.

He gave Hannah the child for which she prayed,

And Philip to the eunuch that he might be saved.

And called Lazarus out and brought him back to life.

He made Esther the queen for such a time as this,

And rescued three boys from a fiery furnace.

He provided Ruth with a kinsman Redeemer,

And let Simeon live long enough to see the Savior.

And Jonah was spared from the mouth of a fish.

Noah was saved from a world-wide flood,

And we are saved by Jesus’ shed blood.

He made salvation possible across all races,

And seated us now in heavenly places.

So lets be people of prayer, no matter the task,

For He can do exceedingly, abundantly above all that we ask.

Posted by Tommy Mann Ministries at 10:12 AM No comments:

When the Devil Quotes the Bible 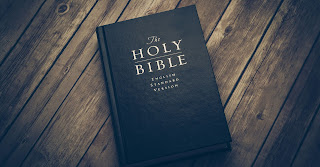 The biblical account of Jesus’ temptation in the wilderness is a favorite one for many people; it appears in the gospels of Matthew, Mark, and Luke. It is a great narrative because it gives us a manual for how to handle our own temptations—each time the devil tempted Jesus, the Lord responded by quoting Scripture. We too should rely on God’s Word, hidden in our hearts, to help us in our spiritual battles.

But today I want to focus on a different part of the temptation account. Often lost in the telling of this story is the fact that Satan also quoted Scripture. Its as if the devil tweaks his strategy and says, “If you’re going to quote Scripture, then I will as well.” In Matthew 4:5-6 we read, “Then the devil took him to the holy city and set him on the pinnacle of the temple and said to him, ‘If you are the Son of God, throw yourself down, for it is written, “He will command his angels concerning you,” and “On their hands they will bear you up, lest you strike your foot against a stone.”’”

So here is what I want to point out: we need to be very careful about finding one phrase from the Bible and running too far with it. Satan was able to find a sentence from Psalm 91 that may have applied to the situation. Jesus could seemingly throw Himself from the top of the temple and the Father would be forced to dispatch the angels to rescue Jesus. But notice how Jesus responded. Jesus did not tell Satan that the verse was wrong. Jesus said “Again it is written (in other words, “It is also written,” or “It is written elsewhere”).” Yes, the Bible may say X, but it also says Y.

As Christians we need to know all that the Bible says on a topic (X AND Y). It may say this, but it also says that. I am not suggesting that these phrases contradict each other; rather, they complement each other. The Bible is a unique book. It is not written like a self-help book, where each chapter tells the reader all there is to know on a topic. It reveals information, sometimes little by little, through the use of narratives and teaching.

Some people read a verse on prayer, such as, “If you ask in my name, I will do it (John 14:14),” and they operate as if that is all the Bible says on prayer. But “again it is written,” that a person who lacks faith should not expect to receive anything from the Lord (James 1:6-7), and the person who asks with improper motives will “ask and have not (James 4:3).” (We also need to understand what it means to ask in Jesus’ name)

The same can be said of the oft-repeated phrase “Judge not (Matthew 7:1),” and the oft-ignored instruction, “When you judge, use righteous judgment (John 7:24).”

The point is, we need balance with Bible study. We need to be careful not to grab one verse and form an entire theology, but to research all that the Bible says on a given topic.

Posted by Tommy Mann Ministries at 7:00 PM No comments: 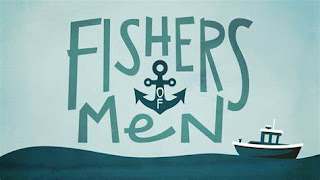 I have always been fascinated by the miracle Jesus performed when He called Simon, James, and John as His first disciples. These three men owned a fishing business together, and when Jesus approached them one morning they had just finished a night of futile fishing. They had worked unto the point of exhaustion without so much as a nibble (a feeling I know a little something about). Jesus told the crew to push out into the deep and throw their nets out one more time.

Simon, who Jesus later nicknamed Peter, did this for a living. He knew at the Sea of Galilee you fish in the shallow end during the night, but Jesus told him to fish in the deep end in the morning. Peter may have been thinking that Jesus should stick to carpentry and leave the fishing to him. He had even begun the process of washing his nets. If they weren’t cleaned and dried, they would rot and break. His body had to be ready for bed, but he replied, “Master, we toiled all night and took nothing! But at your word I will let down the nets (Luke 5:5).”

Peter trusted Jesus and dropped his net one more time. The result was not just one boat, but two boats filled with fish, even to the point where they were about to sink. That miracle not only demonstrated the power of Jesus, it served as a foreshadowing of what these fishermen would do if they would continue to trust and obey.

“And Jesus said to Simon, ‘Do not be afraid; from now on you will be catching men.’ And when they had brought their boats to land, they left everything and followed him (v.10-11).” Jesus turned fishermen into fishers of men. These disciples would soon be bringing people to faith in Jesus, and that is what we have been called to do as well.

But it pays off in the end;

If you’ve fished all night without a bite

Drop your nets in again.

Push your boat out into the deep

It doesn’t matter what you think—

The fish you’ll take will cause your nets to break

And your boats begin to sink.

What if we had this kind of faith

For whatever the Lord will say?

We surrender all to answer the call

And all of His words obey.

This isn’t about just catching fish

But reaching all mankind;

We’ll see lost men give their lives to Him

One soul at a time.

Posted by Tommy Mann Ministries at 2:54 PM No comments: