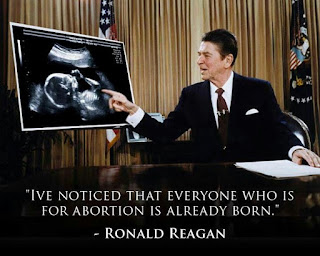 During the Kermit Gosnell trial I wrote that Gosnell was not alone; that he is not some fringe lunatic making abortion providers look bad. I cited two other recent situations as proof.

That blog was posted before Gosnell was found guilty of 3 counts of murder.

Now I want to draw your attention to Douglas Karpen, who in 1989 actually twisted the head off of a baby using his bare hands. This 28 week old is known as Baby David, and the famous photograph can easily be found on Google.

You might be thinking, “1989? That was 14 years ago!” Exactly. And 14 years later Karpen is still performing abortions in Houston. During that time two women have died in his office, and multiple women have suffered injuries. And recently more complaints have come against him.

Karpen has been violating the new Texas law that requires women to see an ultrasound image of her baby before the abortion. When he does use ultrasound he has “falsified” the results, according to a whistleblower who alerted authorities about the doctor’s practices.

Furthermore, she alleges that Karpen does not sterilize his utensils in between patients, which is a common complaint as these facilities frequently usher in one patient after another to make as much money as possible. The whistleblower has also accused Karpen of cooking the books when billing patients, and for not having trained staff, just like with Gosnell. Also like Gosnell, Karpen has been performing abortions up to 4 weeks past the Texas legal limit of 24.

Then there is LeRoy Carhart in the Omaha, Nebraska area. Carhart was recently accused of failing to have licensed medical staff in his clinic. His only licensed nurse is coming under fire as well. Lindsey Creekmore has been accused of administering “incorrect intravenous dosages of sedatives and a labor-inducing drug” to 11 women in a year’s time.

Carhart also performs abortions in Maryland where a 33-year-old woman died from an abortion that he botched.

These cases further prove the point that abortion is not about women’s rights, but women’s revenue. Untrained staff are cheaper than trained staff; sterilizing equipment takes time and money; babies who survive hurt business. Because money is at the heart of abortion, these providers break all the rules.

And because money is at the heart of abortion, the media ignores all these reports.
Posted by Tommy Mann Ministries at 3:52 PM 3 comments: 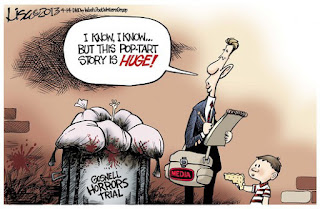 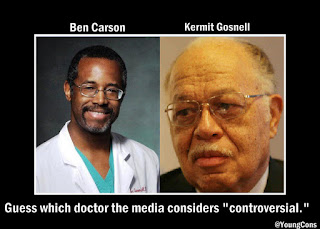 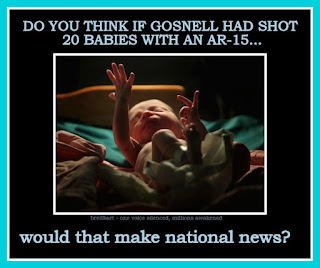 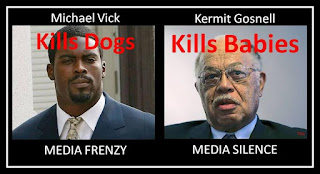 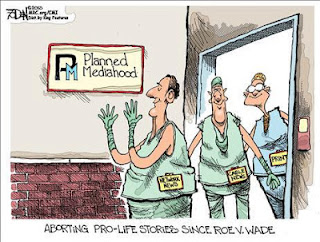 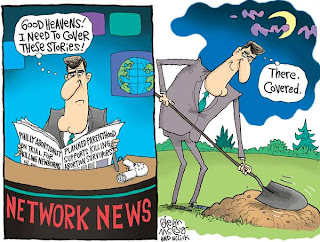 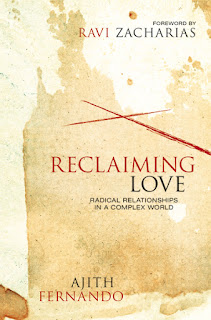 Ajith Fernando, who led Youth for Christ, Sri Lanka, for 35 years, has written a commentary over 1 Corinthians 13, the “love chapter” of the Bible.

Reclaiming Love teaches believers how to have “radical relationships in a complex world,” and the author picks apart the characteristics of love as penned by Paul. With chapters covering patience, honor, and perseverance, as well as chapters on not boasting, being angry, envious, or arrogant, Fernando takes the reader step by step through the world’s greatest teaching on what true love looks like.

This book is written in a scholarly tone and would probably be best for believers who are older in the faith. The author cites many church historians as well as leading theologians of today, but what I appreciated the most was his sticking to the Bible and letting Scripture interpret Scripture by relying heavily on cross references.

I would recommend this book to any student of the Bible who wants to examine his own life and see if he is modeling biblical love.

Posted by Tommy Mann Ministries at 10:49 AM No comments: 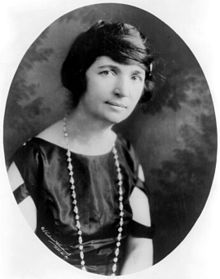 In the past I have made references to Planned Parenthood’s founder, the racist, eugenicist Margaret Sanger. I have written about how she was inspired by Darwin to see to it that people who were unfit to produce quality “stock” should not be allowed to have children.

This Darwinian belief led her to champion birth control and Planned Parenthood, which are based on someone more evolved planning your parenthood for you, controlling your births. It was never about “reproductive rights” or “access to healthcare.” In her words, “Birth control must lead ultimately to a cleaner race.” To prove my point, I just want to let Sanger speak for herself; here are some of my favorite Margaret Sanger quotes:

“The most merciful thing that the large family does to one of its infant members is to kill it.”

“[We should] apply a stern and rigid policy of sterilization and segregation to that grade of population whose progeny is tainted, or whose inheritance is such that objectionable traits may be transmitted to offspring.”

(That is from her book Women and the New Race, in a chapter titled “The Wickedness of Creating Large Families)

In April of 1932 in Birth Control Review, Sanger argued for people to be required to have permits before they could have children (both mother and father would be required to obtain one), and that a new permit would be needed for a second child; she said families should have no more than two children. The purpose was “to protect society against the propagation and increase of the unfit.”

She also suggested that people with “bad genes” be given the option of segregation or sterilization. So nice of her to let them choose. Maybe this where they get the label “pro-choice.”

My personal favorite shows her detestation towards black people, which she (along with Charles Darwin) thought were less evolved than white people:

“We should hire three or four colored ministers, preferably with social-service backgrounds, and with engaging personalities.  The most successful educational approach to the Negro is through a religious appeal. We don’t want the word to go out that we want to exterminate the Negro population, and the minister is the man who can straighten out that idea if it ever occurs to any of their more rebellious members.”

Her reference to not wanting the word to get out does not mean that they were opposed to exterminating black people; that was her goal. The minister would serve as a propaganda tool to keep the Negros from figuring it out.

Exterminate the Negro population? Did you know that the number one killer of black people is abortion?

Did you also know that more people were aborted last year than died in the entire War on Terror?

And Margaret Sanger is viewed as a hero. She should be in the same boat as bin Laden and Hitler.
Posted by Tommy Mann Ministries at 1:26 PM 3 comments: 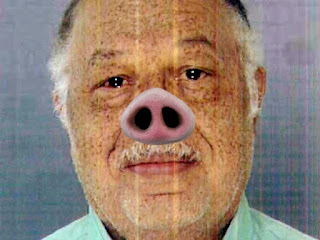 The Kermit Gosnell story has been predictably underreported by the mainstream media for one obvious reason: this man’s horrendous acts of murder cast a negative light on abortion.

By not reporting the story the media hopes to keep the average person from knowing what abortion really is like. Terms like “women’s health care,” “reproductive rights,” “terminating the pregnancy,” and “product of conception” sound nice and clean, whereas decapitating a living baby is bloody, painful, murder.

If you don’t know about Kermit Gosnell, he is a late term abortion “doctor” who ran his clinic as if he were Frankenstein. He had a staff of unlicensed nurses who killed at least one woman by giving her a lethal dose of gas; he had a butcher shop of a waiting room with fallen-in ceiling tile, stinking fish aquarium, dirty chairs, bloody, urine-stained walls, unsterile equipment, and stuffed “biohazard” bags; his toilet continually backed up because babies were flushed; documents were falsified to say babies were younger than they were; and babies were routinely delivered alive and then had their spinal cord “snipped.”

Oh yeah. He also had jars of baby feet in his office and a freezer full of bodies in the same refrigerator that held staff lunch boxes.

Don’t let the name fool you: Kermit is a pig, not a frog.

The jury has not yet returned their verdict on this monster, but he is unquestionably guilty of unconscionable atrocities. But the even greater shame is that Kermit is not alone. Don’t think for a minute that he is some nut job going against the flow; he is the embodiment of what abortion is all about.

Consider the fact that a Planned Parenthood in Delaware has suspended their surgical abortion program because they are being investigated for similar unsafe conditions. Just in 2013 5 women have left that office in an ambulance. A barehanded doctor doesn’t use gloves or even bother to wipe the blood off the bed before rushing the next customer—I mean patient—into the room.

The Capital Care Network in Ohio has also gotten into recent trouble for having unlicensed and untrained staff, and unsanitary conditions, among other gross violations.

The justification for legalized abortion from day one has been the prevention of back alley abortions and the fictitious use of hangers for homemade abortions. “We need access to safe abortions,” they say, as if there is a safe way to mutilate a tiny human.

But what we continually see is that these “safe” abortions are killing women (and obviously their babies). Diseases contracted from not disinfecting utensils, lethal doses of painkillers, and downright poor medical practices are not uncommon.

Reality check: when you pay a man to kill your baby, don’t expect him to be a clean gentleman. Just ask “Mary W,” whose baby survived an abortion and was strangled to death by Dr. Wadill in California.

Those of us who are pro-life are branded as being anti-woman, and yet it is the pro-abortion side that manipulates them for money and ultimately harms them.

It’s time for our country to stand up and say we have had enough of this cruel treatment towards women and children.
Posted by Tommy Mann Ministries at 9:13 AM No comments: