When I was a child Disney music was harmless. In fact, one of the first cassette tapes that I owned (remember those?) was the soundtrack to The Lion King. The lyrics were always harmless, usually funny, and any music videos were animated. In those days, the only criticism of Disney music was that Elton John provided some of the vocals.

Like most things, though, Disney music has evolved. Thanks to Radio Disney, and their hit TV show Next Big Thing, and the fact that almost every character from the Disney Channel has their own band, Disney music is now pop music with real people and real music videos.

That is not what concerns me. My issue is with the lyrics. China Anne McClain (star of Disney Channel’s newest comedy show Ant Farm) is one of those actors who also also sings. Her debut song is called Dynamite, which is a catchy song with a harmless video. The chorus of the song says, “We gon’ rock this club, we gon’ go all night, we gon’ light it up like its dynamite.”

China Anne is not even in high school yet and she is singing about rocking a club all night. The majority of her fans will not even be old enough to enter a club for another decade, so that is a little confusing to me as a song choice by Disney.

Where it gets even weirder is when I found out that two other artists had previously recorded the same song. The original artist, Taio Cruz, who wrote the song, has a trashy music video to go along with it. The original Cruz version also has the f-word in it. Why would Disney have their newest and youngest star sing this song?

If you type “Dynamite lyrics” in Google, guess whose version comes up? China Anne’s doesn’t come on the entire first page, and her name doesn’t come up in the suggestions. Most of the hits are Taio’s version.


Then there is the group Allstar Weekend. These guys rose to fame on Disney’s Next Big Thing, and they have a song on the soundtrack to the newest Disney movie Prom. The song is called Not Your Birthday, and it is written to everyone who is not celebrating their birthday so they can party too.

Like with Dynamite there is another version, but unlike the other song, Allstar Weekend does both versions. Allstar Weekend’s original version contains both the b-word and the d-word (twice), and it glorifies drinking this way:

“Take a sip of the high life, chase it down until you fall.”

“Drop your calls, lose your keys before the drinks are gone.”

“Life is tough so fill them cups, one life to live so live it up, drinks go up, drink ‘em down, turn it up, wake up the town.”

In the music video the band is singing at prom, which is lame before the band arrives. Once they start singing people are drinking the “punch” and they begin to loosen up and have fun (including the school faculty).

In the Prom version the lyrics are altered:


“Take a moment of the good life, chase it down until you fall.”

“Drop your calls, lose your keys before the night is gone.”

“Life is tough so loosen up, DJ, turn that Weekend up, get down, get loud, everybody stand up, everybody go nuts, throw your hands up.”


In this video the punch drinking is replaced with scenes from the movie, but the rest is the same. If you type “Allstar Weekend Not Your Birthday” in Google, once again, you get the original version. “Clean version” comes up in the suggestion box, but even after I selected that, the first one to come up was not the clean version.
Disney owns the copyright to both versions.

If a child watching the Disney Channel or listening to the radio station decides to use the internet to watch their music video or buy their song on iTunes, they will most likely end up with the “unclean” version. And since most children these days have smart phones or unrestricted internet access, this is a recipe for disaster.


These two songs are designed to glamorize drinking and the club life. For their music videos, instead of having alcohol make everyone have a good time, they should show what drinking and the club scene really look like. They should use real footage of the vehicular accidents, homicide, suicide, rape, hangover, broken marriage, abandoned children, and ultimate misery that comes from rockin’ the club likes its dynamite.

And before you leave a comment about how a glass of wine won’t send you to hell (Moderationists are always so classy with their “glass of wine” when they really mean “6 pack”), let me point out that these songs aren’t about moderation, they are about a party lifestyle.

As parents we need to make sure that we don’t glamorize sin that can destroy our lives like dynamite. 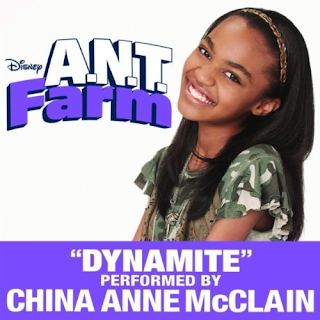 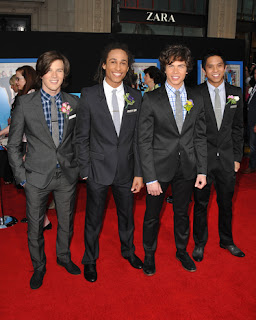 As many of you know, my wife Alicia had a kidney transplant last week in Charlotte, North Carolina. I wanted to take a few minutes to brag on God and record some of the details that are nothing short of miraculous.

When Alicia was 12 weeks pregnant with Reagan she was diagnosed with a specific kidney disease called FSGS, or focal segmental glomerulosclerosis, which is hereditary. This disease was thought to only be passed on to males, so we were shocked to learn that Alicia had it. I have reported before that Alicia’s doctor thought that an abortion would be the best plan because the pregnancy would fast-forward the kidney disease, but we both have strong convictions against aborting a baby.

The fact that Alicia’s kidney function level stayed the same from the time she was diagnosed until the time she delivered (33% function) is a miracle in itself. But after Regan was born the disease began to pick up speed, and we began the process of getting approved for the transplant list.

A patient cannot get his name on a transplant list until he has declined to 20% function, and that day came for Alicia in April of 2011. She had already spent months going through orientation, testing, and dieting, so when her name went on the list she had done everything else she could do. Now we just needed to wait for a new organ, which we were told would take 3-5 years.

We had been given living donor screening packets to send out, but with the disease being hereditary, Alicia’s immediate family was ruled out. Next of kin make the best donors, so we didn’t expect to find a living donor. Just two weeks after being approved for the transplant list, we got a call that there was a match.

Sean Dietz, a man in our church, met the preliminary requirements (his wife Kelley was also tested but was not a match). He then went through months of testing to make sure he was healthy enough to donate and to live with just one kidney. In mid-August Sean was finally approved, and on September 13th his kidney was successfully transplanted into Alicia, whose kidneys were almost totally non-existent.

In most cases the patient will be on dialysis, which is a difficult procedure that does the work of the kidney for the body. A person on dialysis will have all the blood drained from his body, cleaned in a machine, and then funneled back into the body. There are several ways to do this, but each takes several hours and must be done several times each week. Alicia was told that she would probably start dialysis several times, but that day never came. She made it from December of 2008 to September of 2011 without having to go through dialysis, which was another miracle from the Lord.

As I mentioned, this disease is hereditary. Alicia’s father had his own transplant 10 years ago this November, and her father’s father received a transplant in 1969 during the early years of transplanting. Her grandfather’s body rejected the organ after 2 years, and he eventually succumbed to the disease. A generation later her father was able to undergo a much better process due to advances in the science. This generation’s advances helped to not only give Alicia a new kidney, but to also keep her off of dialysis. This incredible science is yet another testament of how great our God is. There is a 50-50 chance our daughter will have this same disease, but we know that our Lord will do what is right for her.

Alicia’s dad is a business manager for Frito Lay in the Dallas, Texas area. He has traveled occasionally, but rarely, for company training. The very day that we were told that the surgery was going to be scheduled, Alicia’s dad was told that he had to travel for training. Out of any city in the world where this training could have taken place, he was told to go to Charlotte, and was put in a hotel about 6 miles from the hospital where Alicia’s surgery would take place.

Obviously he would have been here for the transplant anyway, but this way his travel and hotel expenses were paid for by his company. And not being one to believe in coincidences, this was just an out of the blue reminder that every detail is in our sovereign God’s hands.

A surgery like this naturally comes with a high price tag, but we have been blessed beyond belief to be at such a great place like Philippi, and the insurance that they provide for me is incredible. And after Sean found out that he would miss 8 weeks of work without pay, the kind people of Philippi took up a special offering, during a recession, that would cover his lost wages.

I believe that this account preaches a wonderful sermon on who God is, and that the words of Matthew 6:33 are true: “But seek ye first the kingdom of God and His righteousness, and all the things will be added unto you.”

Sean, the donor, is at home recovering, and Alicia’s kidney function is medically perfect.

I am from Orlando, Florida, and Alicia is from Dallas, Texas. The Lord moved us to Union, South Carolina, where He had prepared for us a perfect match, in more ways than one.

What a great God we serve! 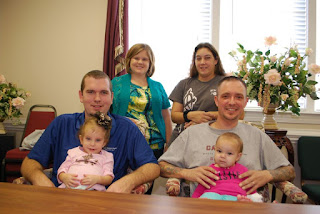