Repent: The Shortest (and Best) Sermon Ever Preached

The word repent means “to change one’s life for the better.” It carries with it the idea of making a 180 degree turn, of totally changing directions in your life. In short, repentance is a command for the thief to quit stealing, the drunk to quit drinking, the fornicator to quit fornicating, the gossiper to quit gossiping, etc.


But that doesn’t sound like a good sermon. Aren’t sermons supposed to make the listener feel good? Maybe talking about repentance every now and then is ok, but just during an invitation or somewhere near the end of the message. We should never begin a sermon with a call to repent, and we should never harp on it the whole time. After all, won’t all that repent talk offend the lost or turn them off from Christianity?

For starters, if a person is not a Christian, a sermon, no matter how bold, cannot make that person any more lost. But what about the claim that we have to warm people up to the idea of repentance? Let’s look at how some of the greatest preachers of all time dealt with the subject of repentance.

John the Baptist. Jesus once said that his cousin John was the best person who ever lived. Here are the first recorded words of this great man: “Repent, for the kingdom of heaven is near (Matthew 3:2).”

Jesus. God became flesh and lived among us. When He was thirty years old He began His ministry by being baptized, then spent time alone fasting in the wilderness. After that event, the first recorded words of Jesus to begin His ministry are “Repent, for the kingdom of heaven is near (Matthew 4:17).” This verse says that Jesus “began to preach” this message, meaning that it was the message He kept coming back to, which is what we see in Luke 13, 16, and 17.

Peter. The great apostle and New Testament church leader was present when the Holy Spirit fell from heaven. Christians began to present the gospel message, and each person was hearing it in his own language. Peter stood up to explain what was going on, and he did so by telling the crowd that they were responsible for murdering Jesus. The question was asked, “What must we do?” The first recorded words of Peter in response was, “Repent, and be baptized (Acts 2:38).”

Jesus, again. In Revelation John received a vision of Jesus speaking to seven churches. In these accounts Jesus would tell the churches what they were doing wrong, and His remedy was the same: Repent (Revelation 2-3).

In Acts 3, 8, and 26 the early church leaders are still preaching repentance, and in Acts 17:30 we are told that God commands people everywhere to repent. And while it is true that Paul never used the word repent as a command to others, the bulk of his writings were telling people, usually in a confrontational manner, that they needed to turn from specific sin.

So why have we become so afraid to use this word? I have two possible theories.

#1, we have no moral authority.

But Jesus never told us to have a “live and let live” approach to each other’s sin. Yes, if there is a beam in your eye, you shouldn’t call out the speck in your brother’s eye, but the Bible commands us to remove the beam in our eye so that we can help our brother remove the speck from his (Matthew 7:3-5).

We also want to be popular. Let’s face it, who has more fans, Joel Osteen or John MacArthur? The guy who tells you God is a genie in a bottle who can’t wait to give you a million dollars draws a bigger crowd than the guy who says God wants you to move out of the house of the lover you aren’t married to. We think that if we can disguise what God is really like than maybe people will like us more, we can draw a bigger crowd, then win the respect of the religious community.

I like how Francis Chan put it in his book Erasing Hell. He said we need to stop apologizing for God and start apologizing to Him for trying to repaint Him into a more user friendly deity.

I find it amusing that the emerging church hates the word repent, and yet they miss it right there in Acts 2. While they are busy building their theology around having all things common and meeting in houses, they miss the very thing that led to that: Peter’s call to repent. And while they love to talk about the kingdom of heaven, they don’t realize that there is no admittance without repentance.

God calls all men to repent, and I am not ashamed to declare that same message. Paul said he was not ashamed of the gospel because it is the power of God that leads to salvation (Romans 1:16). I couldn’t care less if this blog makes you think I’m a conservative legalist; it might help someone experience the power of God unto salvation, and that is all I am interested in.

Do you need to repent of not telling people to repent? 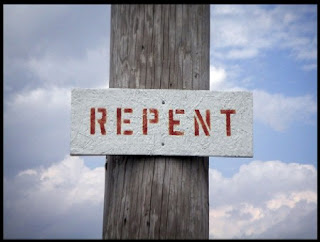 Posted by Tommy Mann Ministries at 11:28 AM 4 comments:

Asleep in Heaven's Nursery: Why Every Christian Needs to Read This Book

“I believe in the traditional Baptist doctrine on that subject.”


That answer came from a pastor when I asked him what the Bible says about the age of accountability. He clearly had no idea what he believed, and instead of taking time to research the matter, he simply deferred to the Baptist doctrine.

Asleep in Heaven’s Nursery is not just for people who have lost children, although that is a major part of it. I want Christians to know why I wrote this book, and why I think it can be helpful to them. This might sound self-serving, like I am writing this to just sell books. But I never would have written the book if I didn’t think it would serve a purpose. And as a not-for-profit ministry, I don’t make a penny off of these books, so this is not about financial gain.

This book looks at the age of accountability to see if it is biblical. It also lists the major criticisms for the age of accountability and gives a rebuttal for them. For example, if Jesus said that no one gets to the Father except through Him, then how can infants get to the Father? People use this logic to refute Christian truth, so it is important to know their arguments and what the Bible says.

This book also looks at the very sensitive issue of when a baby is considered to be a life. Is it at conception, at birth, or somewhere in the middle? On this extremely important topic we must know what we believe.

Can people be forgiven for having an abortion? Is the baby punished for the mother’s sin? Can that mother go to heaven?

Is abortion ok if the mother was raped? What if her life is in danger? What if it was incest? What if the child will have a deformity?

Is adoption really a good option? Won’t these children have miserable lives in an orphanage? (By the way, as the world mourns the loss of Apple co-founder Steve Jobs, did you know that he was adopted? He is even mentioned in this book)

What will babies look like in heaven? Will they be angels? Did you know that the overwhelming majority of mothers who have lost a child believe their babies are angels?

What should I say to my friend or relative who has lost a baby? Can I cheer them up?

These are all pieces of information that are good for Christians to know, even if you have not personally lost a child.

If you have not lost a child but know someone who has, buying them this book is a great way to show them the love of Christ. This is especially true if that person is not a Christian, because this book lays out God’s plan of salvation.

If you have lost a child, this book will hopefully answer every question that you have asked yourself.

Pastors and counselors, this book is a good resource to give out to people you minister to who have lost a child.

If you would like to donate a book in memory of or in honor of someone, you can do that through the Rachel Dowd Sponsorship Program for just $10. That will allow us to supply a book to someone who has just lost a child. This donation is tax deductible, and you can do that here: http://www.wix.com/tommymannministries/asleepinheavensnursery#!rachel-dowd-sponsorship-program

From now through October 15th, 10% of book sales will go to the March of Dimes.

(Read Rachel Dowd Book Sponsorship Program)
(Read blogs about my other books Who is God? and All the Law) 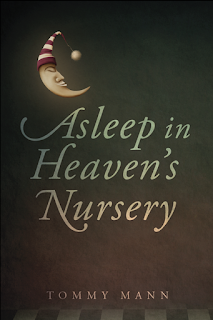