Many of us know that the Bible says that Christians are saved by faith (Ephesians 2:8), but did you know there was a man that was saved by thanks?

Luke 17 records the time that Jesus was encountered by 10 lepers; lepers were people who suffered from the debilitating disease known as leprosy. Leprosy was thought to be contagious, although we now know that it wasn’t. Out of fear of causing an outbreak, lepers were quarantined and confined to spend out their days in leper colonies. Since there was no known cure for the disease, its victims would gradually decline until they lost their battle.

Since there were no real doctors in those times, people who were thought to be infected with leprosy had to appear before a priest, and that priest would follow the guidelines from the Law (Leviticus 13) in diagnosing it; in the same way, if a leper thought he had been healed he would go back before the priest. It is possible that the lepers we are about to see in Luke 17 had just been diagnosed by a priest and were on their way to their new fate in the leper colony.

As Jesus was passing by these 10 lepers spotted Him and asked for mercy; Jesus responded to their request by telling them to go show themselves to the priest, which meant that they would be going back to the priest for a second opinion. As they were walking they noticed that they had each been healed.

Although ten had been healed, only one man returned to Jesus to tell Him thank you. But what appears to be a simple story about thankfulness is really a picture of salvation.

Notice how the ten address Jesus at the outset of this event. They lifted up their voices and addressed Him as “Jesus, Master.” Now compare that to the one who returned: he fell on his face and glorified God. At the beginning Jesus was nothing more than a miracle worker that might heal these men of a disease. They address Him by name and call Him Master (or Teacher), showing that they regarded Him as a man with a lot of Scriptural wisdom, but they did not regard Him as the Son of God.

Also notice the healings that occur. All ten were healed of a physical condition, but the one was healed of a spiritual condition. Jesus told that man that his faith had saved him (not “made him well” as in the NIV). Your Bible might say his faith made him whole or well, but the Greek word that is used is related to salvation. It is very similar to the verses that say that all who call on the Lord will be saved (Romans 10:13) and we are saved through faith (Ephesians 2:8).

Why would Jesus be telling this man that his faith made him physically well? All ten were made physically well; Jesus was telling this man that he would be saved because he had made a journey from viewing Jesus as a good teacher to viewing Him as a good God. Then, his knowledge of who Jesus was led to action and worship, in this case, by returning to Jesus to glorify Him.

And we cannot overstate the importance of his thankfulness. I do not believe that anyone can truly be saved if they are not thankful; once we realize that we are sinners who deserve hell and we are in desperate need of a Savior, and then we learn that Jesus is that Savior, our hearts should overflow with gratitude.

Romans 1 shows the steps that lead away from God, and before we look at steps like being disobedient or being idolatrous, we need to realize that the first step is to recognize what God has done and not be thankful (v.21). 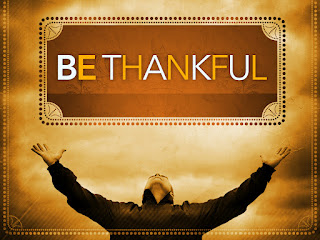 Have you been saved by God? You cannot save yourself; it is only through God’s grace, but it also requires your thanks.
Posted by Tommy Mann Ministries at 5:17 PM 2 comments:

The Day the Earth Stood Still

This sounds like a title for a good science fiction movie, but it might actually be scientific proof that the Bible is accurate. 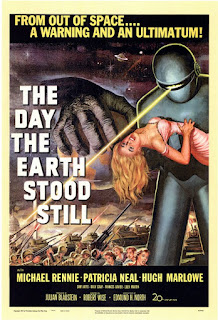 In Joshua 10:1-15, the Bible records that Joshua and the army of Israel had come under attack by the combined armies of five nations. It was late in the day, and with the sun about to go down, Joshua found himself completely surrounded by the armies of his enemies. If night fell on his army, they would surely be destroyed during the night.

To give the army the sunlight that they needed the Bible says that the Lord caused the sun to stand still for about a day—23 hours and 20 minutes. The Lord (who Joshua’s predecessor Moses called a “man of war” in Exodus 15:3) also caused a great hail to fall on the enemy armies as He supernaturally protected Israel.

Since the 1960’s a story has circulated about how NASA computers discovered that there had to be a missing day in the universe, and this passage from Joshua was used to account for that missing day. However, the man who popularized this NASA tale, Harold Hill, was a proven fraud who never worked for NASA as he had alleged. There were several details of his story that were inaccurate, and NASA even issued a press release debunking his story; NASA admitted that they had no such computers that could project thousands of years in the past or future.

And so a simple internet search would make this whole idea of a missing day sound ridiculous; almost as ridiculous as the Christians who would believe it. And this comes as no surprise. When they can do nothing to prove evolution, their best defense becomes to continually debunk Mr. Hill’s NASA story.

But long before Harold Hill was wowing audiences with his fanciful stories about new fangled “computers,” a Yale professor had come to a similar conclusion. In 1980 Professor C.A. Totten wrote a book in which he laid out his case that the earth was only 4,000 years old at the time that Jesus was born. Using commonly accepted biblical chronologies he stated his case, but the only problem was that he encountered a missing day. He concluded that it must have come from the account of Joshua 10. In the 1930’s Dr. Harry Rimmer wrote a book called The Harmony of Science and Scripture in which he cited Totten’s earlier findings.

What is more likely is that Harold Hill caught wind of Rimmer’s book and read about Totten’s missing day, and he decided to further the story with a little science fiction. Hill’s engine company had a contract to service NASA’s diesel engines, so he embellished his ties to NASA, and he added details about computers that no laymen would understand for decades. As Hill wrote in his own book, he dismissed his critics and said that no need for proof was needed (he claimed to have “misplaced” his NASA documentation about the missing day); in his mind, it seems, that if people’s eyes were opened to God through his concoction than the end result justified his means. Unfortunately, his means have been used against Christianity and biblical creation for several decades now.

Sometimes we are fortunate enough to have scientific, historical, or archeological proof, as I have written here before (see the archives). But even if we don’t have proof, we still need to believe.