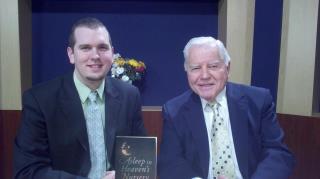 Your Carolina with Jack and Kimberly (Greenville, SC) 2/10/12

Behind Every Story blog

During these Defense of Marriage Act (DOMA) hearings before the Supreme Court I keep hearing how much Christians hate gay people. This was news to me since I am a Christian and I don’t hate gay people. I also go to church with over 1000 other Christians, and if any of them hate gay people, they sure haven’t told me. Before moving to South Carolina I worked at or attended several churches in Texas; prior to that I spent a decade going to church in Florida. Guess what? No one hated gay people. In fact, I don’t know any Christians who hate anybody. The very uniform of a believer is his love, and if a person does not show consistent love, then he is not actually a believer. Are there non-believers who hate gay people and claim to be Christian? Of course. But that doesn’t represent Jesus or His church. Equating  hateful sign-wavers with Christianity is like equating a kindergarten baseball team to the New York Yankees. They may claim to be playing the same
4 comments
Read more

The Southern Baptist Convention annual meeting is in the books, and I wanted to give a recap of some of the highlights. We were glad to represent Putman among more than 8,000 messengers in the beautiful city of Anaheim, California.  Most notably, the SBC dedicated serious time to the issue of sexual abuse within the convention. One year ago messengers asked for the creation of a Sex Abuse Task Force (SATF) that would report back 30 days prior to this year’s meeting. The report was horrific (to quote outgoing SBC President Ed Litton, it was “a gut punch”). In response, Southern Baptists overwhelmingly voted to adopt both recommendations from the task force.  First, the convention approved a continuing task force, called the Abuse Reform Implementation Task Force (ARITF), that will work for as many years as is needed to continue the effort begun by the SATF, which was only given one year to work.  More importantly, the convention adopted the creation of a database at the SBC office. The
Post a Comment
Read more

If you have spent much time in church you have probably sung some songs with lyrics like these: “He leads me to his banqueting table, his banner over me is love… Jesus is the rock of my salvation, his banner over me is love.” “Sweetest rose of Sharon, come to set us free.” “He’s the lily of the valley, the bright and morning star…” But are those songs biblical? They come out of the writings of the Song of Solomon, but are we to understand those lines as describing Christ? The Song of Solomon is a collection of love poems that were written between two people who were deeply in love and about to be married. While we know that King Solomon is one of the writers, the other’s name has escaped us, and we know her today simply as the Shulamite woman. Some people believe that since this woman is not named then she never existed; some teach that this book is pure allegory, only existing to serve as symbolism. King Solomon, they say, represents
6 comments
Read more