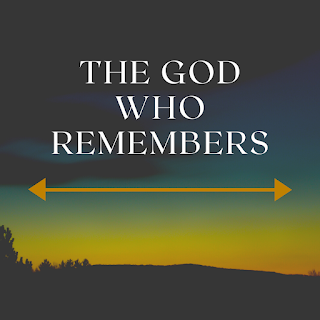 I certainly don’t think so. We get a reminder of that truth in the details from the birth of John the Baptist. In the first chapter of Luke’s Gospel God sent the angel Gabriel to deliver a special message. There we read: “But the angel said to him, ‘Do not be afraid, Zacharias, for your prayer is heard; and your wife Elizabeth will bear you a son, and you shall call his name John (v.13).’” This single verse provides us with three important names.

Zacharias is the Greek form of the Hebrew name Zechariah, and the name means, “Yahweh has remembered.” Elizabeth is the Greek form of Aaron’s wife, and her name means “God has sworn an oath.” Their son was to be named John, which means, “Yahweh is gracious.” When we bring these three names together we are reminded that God makes promises, and He remembers to keep those promises because He is gracious. The birth of John was proof of that fact; not only was the boy the answer to his barren parents’ years of prayers, but he also was the fulfillment of prophecy that there would be a messenger in the spirit of Elijah who would prepare people for the coming of the Messiah. The prophet Malachi told Israel that before the Christ comes, there would be a messenger, and John was the fulfillment of that prophecy.

A fact we cannot overlook is that this account ends the silent era, the four centuries in which God did not speak through a prophet. The silence is broken by an angel speaking to Zacharias, and the last time God sent an angel to speak to someone was 500 years earlier—to the prophet Zechariah. The silent era was bookended by God speaking to two men with the same name, and it stands as a promise that Yahweh remembers.

To return to my opening question, have you ever felt like the Lord has forgotten you? You may be experiencing your own silent era in which God isn’t speaking, but that doesn’t mean He has forgotten. God has sworn an oath; in fact, He has sworn many, and because He is gracious we can count on Him to keep His promises. We have been awaiting the Lord’s return to earth for 2,000 years; He has sworn an oath and will remember His promise. The same is true for all of His other promises: He will not deal with us according to our sin, He will prepare a place for us in the Father’s house; He will forgive and cleanse as often as we confess, and on and on.

The Lord remembers His promises, and because He is gracious, we can rest knowing that He will come through.