Getting Along with your Conscience 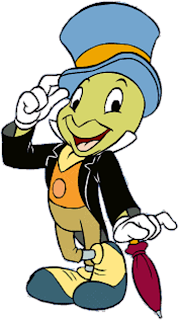 Do you get along with your conscience? You are supposed to, but some people view their conscience as their enemy because it is always arguing with them. Your conscience is that little voice in your head that lets you know if you are out of line, but it can also be that voice of vindication, confirming that you are living right when there may be some doubt.

The English word conscience comes from the two Latin words for with and knowledge. No person knows us like our own conscience, for it has more knowledge of us than any other person has. We can fool friends and family, parents and pastors, but we can never fool our knowledgeable conscience.

When Paul stood on trial before Felix in Acts 24, he said, “So I always take pains to have a clear conscience toward both God and man (v.16).” In II Corinthians 1:12 he appealed to his clean conscience when he was falsely accused (“For our boast is this, the testimony of our conscience, that we behaved in the world with simplicity and godly sincerity, not by earthly wisdom but by the grace of God, and supremely so toward you.”). Having a clear conscience is a wonderful blessing, but when we are living in sin, our conscience will torment us. Paul wrote to his protégé about those “liars whose consciences are seared (I Timothy 4:1-2).

When you look in the mirror, how does your conscience make you feel? Are you ashamed of who you are looking at? If you are living right, you and your conscience will be best friends. But if you know you are out of line, you will be trying to drown out the nagging voice that is telling you to shape up. Does your conscience torment you, reminding you of your guilt? Maybe your conscience is bothering you because you have never given your heart to the Lord.

Don’t get mad at your conscience; it is only trying to help. It has your best interests at heart. We commonly refer to the nine justices in Washington as the highest court in the land, but John MacArthur said the conscience is the highest human court. Judges are human, and even the best and most well meaning of them makes mistakes, but our conscience has too much knowledge to ever get its verdict wrong. So are you getting along with your conscience, or is it scolding you?

When you lay your head on your pillow, what does your conscience say?

It will speak to you about the choices that you made throughout the day.

Your conscience is a welcomed friend, and it lets you sleep at night.

You don’t want to hear from your conscience. It isn’t a welcomed friend.

So if you need to get some rest, repent of what you’re doing wrong,

Then tonight when your conscience visits, you’ll be able to get along.

Posted by Tommy Mann Ministries at 10:06 AM