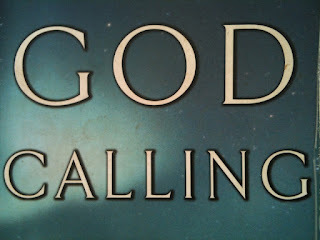 Have you ever heard someone say, “I’m just trying to figure out God’s plan for my life”? As Christians we want to follow the Lord’s leading. It is good to have plans, but we must be willing to submit to God and conform our plans to His. But how are we supposed to know God’s plan for us? The Lord does not send His plans to us via email, nor does He rent billboard space for all to see.

The Apostle Paul had to discern God’s plan. The famous missionary had devoted his life to preaching the Gospel, especially to the Gentiles, but even that involved finding God’s specific plan. In Acts 16 we read that Paul was forbidden to preach the word in Asia, then Paul decided he would go to Bithynia, but again was stopped in his tracks by the Holy Spirit. In a passage commonly referred to as the Macedonian Call, Luke writes, “Now after he had seen the vision, immediately we sought to go to Macedonia, concluding that the Lord had called us to preach the gospel to them (Acts 16:10).”

The word concluding at the end of that verse means “it all came together for us.” In his wonderful book The Pastor’s Primer, O.S. Hawkins said of this idea, “It is the word picture of a sweater being knitted that doesn’t look like much until it is finished. It is the word picture of a jigsaw puzzle that makes little sense until a piece fits here, and another there, and then it all comes together.”

So it is with the revealing of God’s plan for our lives. Our Heavenly Father might close a door here, open one there, and eventually we see what He is trying to do. He might forbid Paul from going to Asia, then Bithynia, and eventually Paul sees a vision of a man from Macedonia and it all makes sense. There have been times in my life when events didn’t make sense at the time, but in hindsight I have been able to see that God was up to something.

That is why we must seek the plan of God, because sometimes He redirects us, even if we feel like we are settled. We need to conclude God’s calling—to see it all come together. Maybe He has orchestrated events in your life so that you can start a new ministry. Maybe He is moving you to a new job because there are people there that need to hear the Gospel from you.

God isn’t sending you emails telling you exactly what He wants you to do, and you won’t get a clue from a billboard tomorrow on your way to work. But you can pick up on the activity of the Almighty like a few seemingly random puzzle pieces, and spend time in prayer asking Him if He is orchestrating something in your life. That inaudible feeling in your soul, or that peace you feel when you think about it may just be God speaking to you.

Email ThisBlogThis!Share to TwitterShare to FacebookShare to Pinterest
Labels: Acts