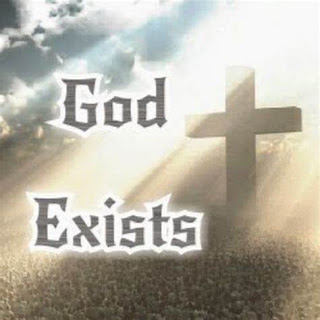 In last week’s column I talked about some of the evidences for the existence of God, including the ontological argument. I want to continue with that thought today and write about the teleological argument for the existence of God. From the Greek word teleos, which refers to something’s ending or completion, this argument looks at the fact that we see things in nature that bring themselves towards their natural completion on their own. There seems to be an invisible force steering things in nature towards their fulfillment.

Thomas Aquinas used the illustration of an acorn and an oak tree. An acorn looks nothing like an oak tree, but we know that it is the seed that produces the mighty tree. But who or what causes an acorn to develop until it turns into an oak tree? The random chance arguments of Darwinism cannot account for this (did chaos cause intelligence?). Because acorns grow into trees it is evident that something or someone is causing them to do this. An inanimate object moving invariably towards its destiny is unexplainable. We understand that something must have a mind in order to move itself in this regard. Are we supposed to believe the acorn has a mind?

In addition to the acorn analogy we can think of other things such as the development of an unborn child. What causes a zygote to develop until it is a baby sucking its thumb? Even though this is a human life in its tiniest form, no one would make the argument that the zygote has the intelligence required to develop itself until completion. As it stands, the zygote is doing what it was programmed to do by an intelligent designer. Even things that we chalk up as being instinctive behavior does not suffice; the instincts must come from somewhere, and we attribute this to God.

Last week I talked about the moral argument for the existence of God, and now I want to close by talking about the natural argument for His existence. Romans 1:20 says, “For since the creation of the world His invisible attributes are clearly seen, being understood by the things that are made, even His eternal power and godhead, so that they are without excuse.” The natural argument for the existence of God says that we can see God in nature, and that by nature we all have an understanding that there is a higher power. The fact that every culture in the world has some form of religion points to the fact that people realize there is a God.

Commenting on Romans 1:20 Martin Luther said, “By nature all men have the general knowledge that there is a God… namely, that God is, that He has created heaven and earth, that He is just, that He punishes the wicked, etc.” This is because Ecclesiastes 3:11 says that God has “set eternity in the hearts of men.” The second question of the Westminster Larger Catechism asks, “How does it appear that there is a God?” The answer is, “The very light of nature in man, and the works of God, declare plainly that there is a God…”

Pascal’s God shaped void is felt by everybody before they come to Christ, and the person that is honest with himself will admit that deep down he knows he is incomplete without the Lord in his life. People will try to fill this void with a million things, but none of them satisfy. If you do not believe God exists, do you feel like your life is missing something? You wont really live until you have a relationship with the living God.