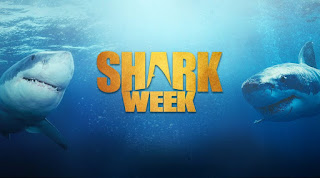 It was Shark Week on Discovery Channel again, so you know what that means: cool shark footage, and evolution. We can’t watch TV anymore without being bombarded by references to billions of years or other Darwinian “facts.” If we aren’t careful we can play into their hands, hearing these comments from scientists so often that we just assume they are true and our well-meaning religious friends just don’t understand science. But if we learn how to think for ourselves, we can push back against matter-of-fact statements about Darwinism.

For example, while watching a special on sharks I heard the narrator make a strange comment of this shark’s digestive system. He said that sharks cannot digest fish, so they evolved a special system to allow them to do so. That was it. He said it like we know that is how it happened. We are supposed to think, “Wow, its awesome how it evolved itself the ability to eat,” and we chalk that up to survival of the fittest. If the shark didn’t evolve a keen digestive tract, it wouldn’t have survived.

But here was my immediate question: how did the earliest sharks live long enough to evolve this special digestive ability? If it couldn’t eat, it would have been dead in days. Evolution is supposed to be a slow, gradual process (so slow, in fact, that we have absolutely no evidence of it ever happening—no missing links, no transitions, etc.). The first sharks would have starved to death before they could have evolved a functioning digestive system.

This idea is what led Professor Michael Behe to coin the term “irreducible complexity” in his groundbreaking book Darwin’s Black Box. His argument was that many things could not have evolved through small, successive changes because they require a certain number of fully working parts in order to exist. Behe used a mousetrap as an example. One cannot start with a block of wood and catch some mice, then add a spring and catch a few more, then add a metal bar and catch even more; we can reduce the number of necessary parts down to a minimum, but there are a certain number of working parts that must work all at once, or it doesn’t work at all.

The shark could not evolve itself a brain today, a heart tomorrow, and a digestive system next week; if each of those components are not working at the same time, the shark could not live. It sounds simple when the evolutionist bluntly says that the shark evolved itself a functioning digestive system, but that doesn’t make it true. That actually defies science and common sense. Instead, we can look at the same piece of data—the shark has a digestive system perfectly suited for his diet of fish—and come to a much more logical conclusion: an Intelligent Designer gave the shark exactly what it needed in order to survive. That defies neither science nor reason.

“So God created the great sea creatures and every living creature that moves, with which the waters swarm, according to their kinds, and every winged bird according to its kind. And God saw that it was good. And God blessed them, saying, ‘Be fruitful and multiply and fill the waters in the seas, and let birds multiply on the earth.’ And there was evening and there was morning, the fifth day (Genesis 1:21-23).”