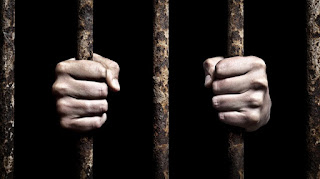 Are there degrees of punishment for people in hell? The question might seem absurd to some; how could there be degrees of punishment? It isn’t like some people will get out early for good behavior. Some define hell as being away from the presence of God, and everyone in hell will be equally separated from God’s presence. Does God set the temperature to different levels for different people?

Humanly speaking, it seems odd that there might be varying degrees of punishment, but at the same time, doesn’t our sense of justice lead us to feel like there should be? Wouldn’t we expect Hitler to somehow have it worse than, say, that agnostic that just wasn’t sure what to believe? Would the atheist whose life’s work was to disprove God have it worse than the one who just didn’t give it much thought?

I believe the Bible does teach there are degrees of punishment. Hebrews 10:29, for example, mentions the “worse punishment” for those who flagrantly trample under foot the blood of the Son of God. I want to turn your attention to Matthew 11:22 where Jesus says to the inhabitants of Bethsaida, Chorazin, and Capernaum, “But I tell you, it will be more bearable on the day of judgment for Tyre and Sidon than for you.” He goes on to say that even wicked Sodom would be better off on judgment day.

Remember Sodom? God assured Abraham that He would not destroy the immoral city if He could find just ten righteous people, and being unable to do so, brought destruction to the city. It was a city where every man, young and old, tried to kick down Lot’s door and rape his visitors. They are described as prideful, inhospitable, and full of perversion. Yet they will be better off on judgment day?

It becomes clear that the issue is not the types of sin in Sodom, but the lack of belief in Bethsaida. Those who had greater opportunity to be saved will have to live with the eternal regret of refusing to do so. In his eminent textbook Christian Theology, Millard Erickson wrote, “The misery one will experience from having to live with one’s wicked self eternally will be proportionate to his degree of awareness of precisely what he was doing when he chose evil.” This is the classic case of “to whom much is given, much is expected.” Those who personally observed the miracles of Jesus and still did not repent will have to live with that regret forever.

It stands to reason, then, that those in America that can hear the gospel anywhere because of our freedom, and especially those in the Bible Belt where there is a church on every corner, will be held to a different standard than those in predominantly Muslim or Hindu countries. I don’t want you to have to look yourself in the mirror for all eternity, wishing you could go back and change your choices. I believe people will remember every altar call, every verse of “Just as I Am,” every invitation where they chose not to go forward and give their lives to the Lord. Don’t make that mistake. If you have never been saved, no more putting it off; give your heart to the Lord before you regret it for all eternity.