The Birth of Ben Hur 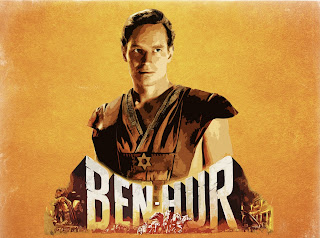 Ben Hur: A Tale of the Christ was the best selling book (besides the Bible) of the 19th Century, and is arguably one of the most influential books of all time. But the story behind the book is as good as the story itself.

Lew Wallace was many things: lawyer, inventor, author, journalist, and officer in the Union Army. He received appointments from two US Presidents: Rutherford B. Hayes made him Governor of the New Mexico Territory, and James Garfield made him Minister to the Ottoman Empire. He was many things, but a theologian was not one of them. If someone asked, he would have called himself a Christian, but he was nominal—Christian in name only.

On a train ride in 1876, Wallace found himself conversing with Robert Green Ingersoll, a man of great reputation for being an agnostic who loved to debate religion. When Ingersoll pressed Wallace to defend the Scriptures, Wallace was at a loss for words, something that he later admitted embarrassed him greatly.

According to his posthumous autobiography, Wallace described his faith this way: “At that time, speaking candidly, I was not in the least influenced by religious sentiment. I had no convictions about God or Christ. I neither believed nor disbelieved in them.” Someone with an investigative mind like Wallace, who had written both novels and biographies, did the only thing he knew to do: he began to research the life of Jesus for the purpose of writing a novel. The book was more for himself than for any audience. He knew that researching for this book would help him one way or the other to either embrace Jesus or reject Him.

His finished product not only helped solidify his faith, it has done the same thousands of other people.

For the remainder of Wallace’s life, he credited that difficult conversation with Ingersoll as being the catalyst that led to his conversion to Christianity. I cannot help but smile when I think about how Ingersoll’s badgering of Wallace backfired. The agnostic thought he was turning Wallace away from God, but he only turned him to God. When the devil thinks he has the upper hand, God can be getting ready to turn it into His own victory.

When writing to the Jews who were about to go into exile, the Lord spokes these words through His prophet in Jeremiah 29:13: “You will seek me and find me, when you seek me with all your heart.” That promise is just as true for us as it was for them. When Lew Wallace began to seek the Lord, he found Him. If you are on the fence with your faith, or maybe you have even written off Christianity, I challenge you to do what Wallace did. Seek the Lord while He may still be found. You might not write a bestselling novel, but you will end up with something far greater—a relationship with the God of the universe.

Email ThisBlogThis!Share to TwitterShare to FacebookShare to Pinterest
Labels: Jeremiah