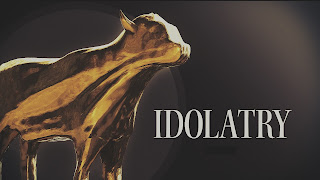 What is idolatry? We see the word idol at the outset of the word, tipping us off to the idea that idolatry involves idols. Webster defined idolatry as “the religious worship of idols.”

Fair enough, but what are idols? Let’s ask Webster again. He says it is “an image or other material object representing a deity to which religious worship is addressed.” The dictionary goes on to say an idol may be a figment of the imagination, or any person or thing regarded with blind devotion. We often think about a thing in relation to idolatry, such as the Baals in the Old Testament or the kachinas of the Native Americans. But idolatry can also exist in the mind.

In the classic theological work The Knowledge of the Holy, A.W. Tozer wrote, “The essence of idolatry is the entertainment of thoughts about God that are unworthy of him. It begins in the mind and may be present where no overt act of worship has taken place.”

We see this played out in Romans 1, where Paul noted, “For although they knew God, they did not honor him as God or give thanks to him, but they became futile in their thinking, and their foolish hearts were darkened (v.21).”

Some people know just enough about God to be dangerous. They know He is merciful so they assume everyone ends up in heaven. They know He blesses His children so they only expect to receive “good things” from God. This is idolatry, according to Tozer, in that the person is thinking thoughts of God that are not worthy of Him. Wrong thinking about God leads to creating a god that does not exist. There is no god that only gives us good things and does not allow anyone to go to hell. Worshipping that god is a form of idolatry.

We must guard against undetected idolatry, the subtle inaccurate thoughts that lead us to worship a false god. This demands that we know God and know about Him. Our source of truth has to be His inerrant Word. Filling our minds with the truth of God will keep us from idolatry.